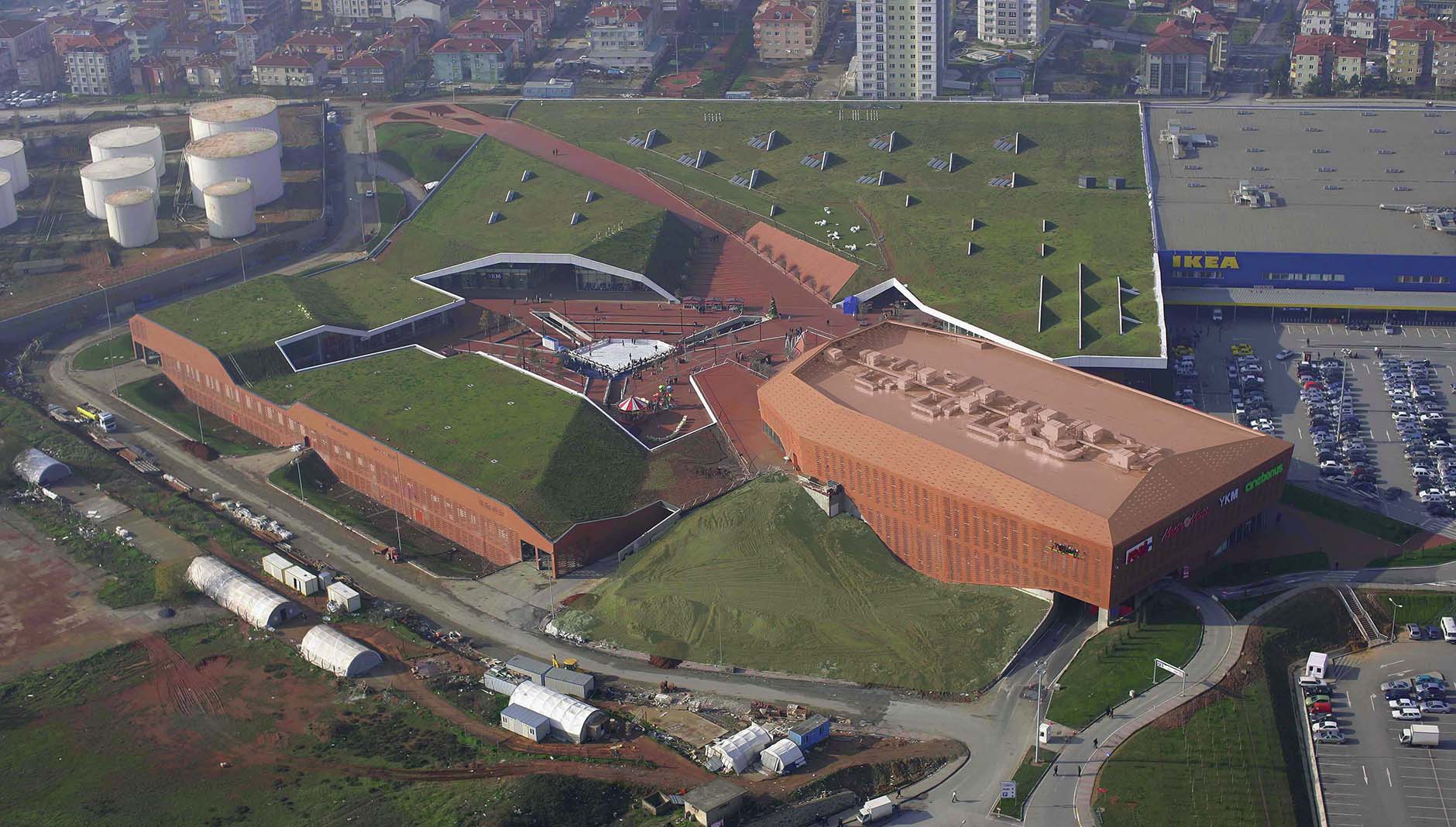 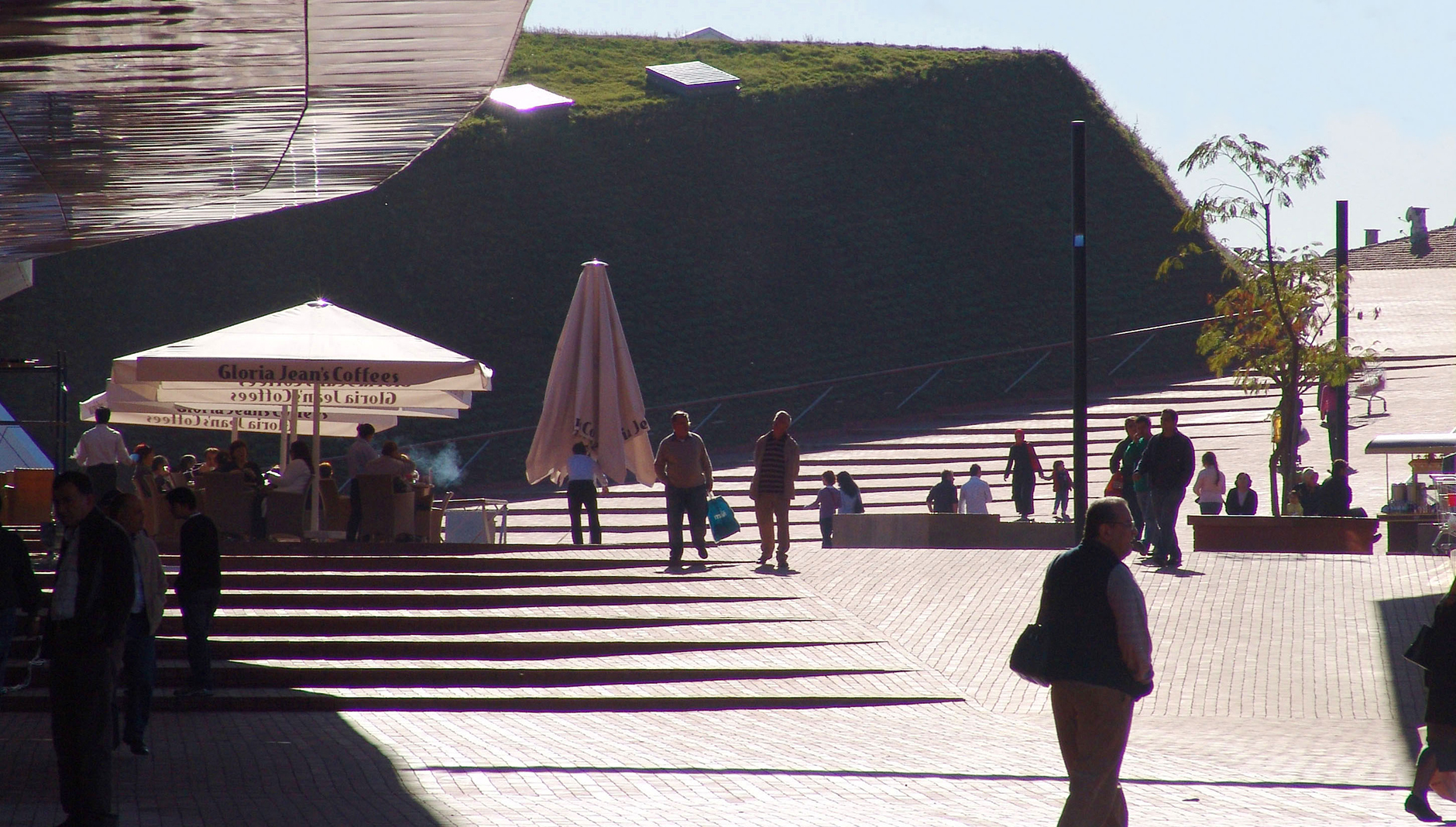 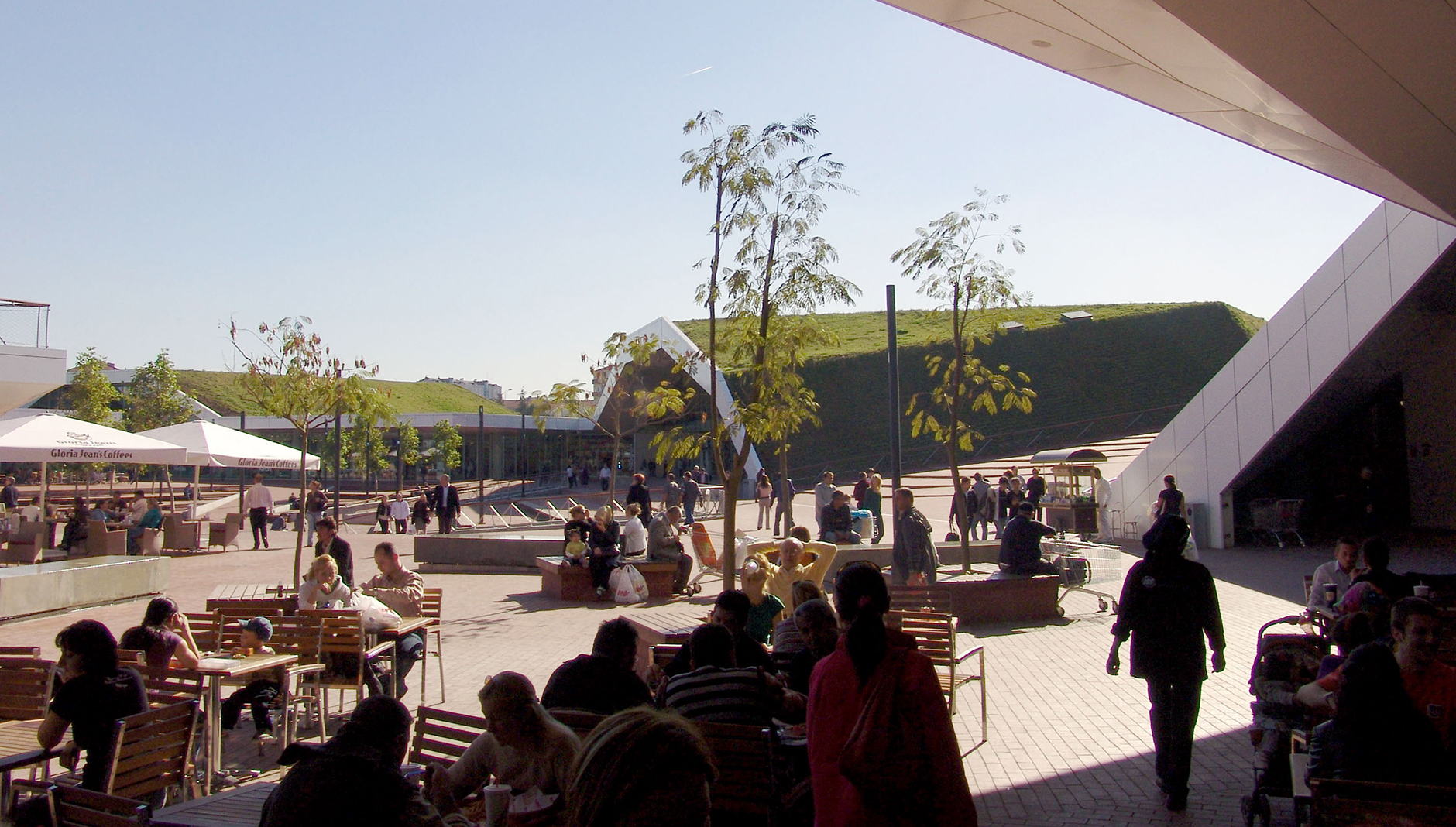 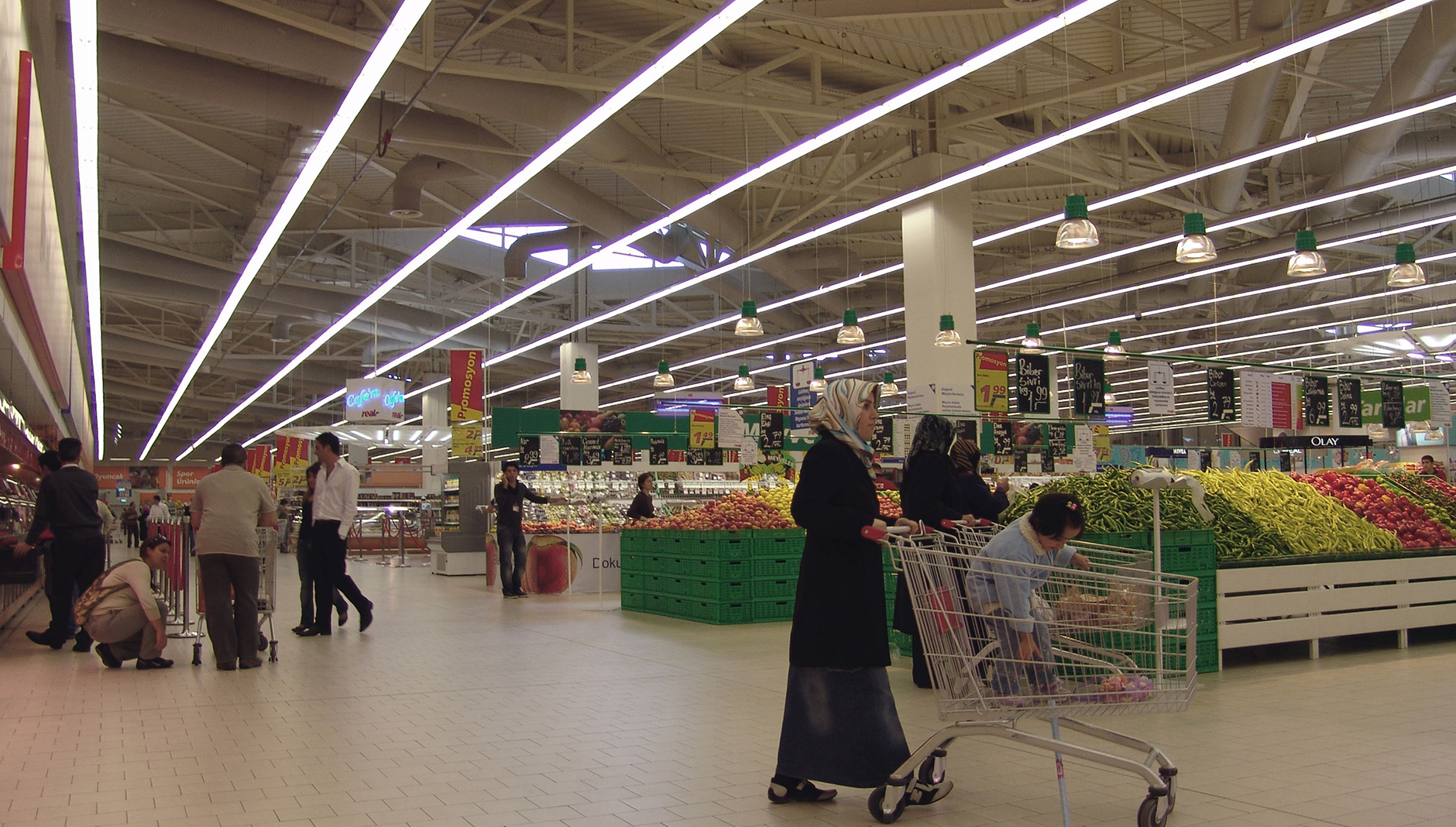 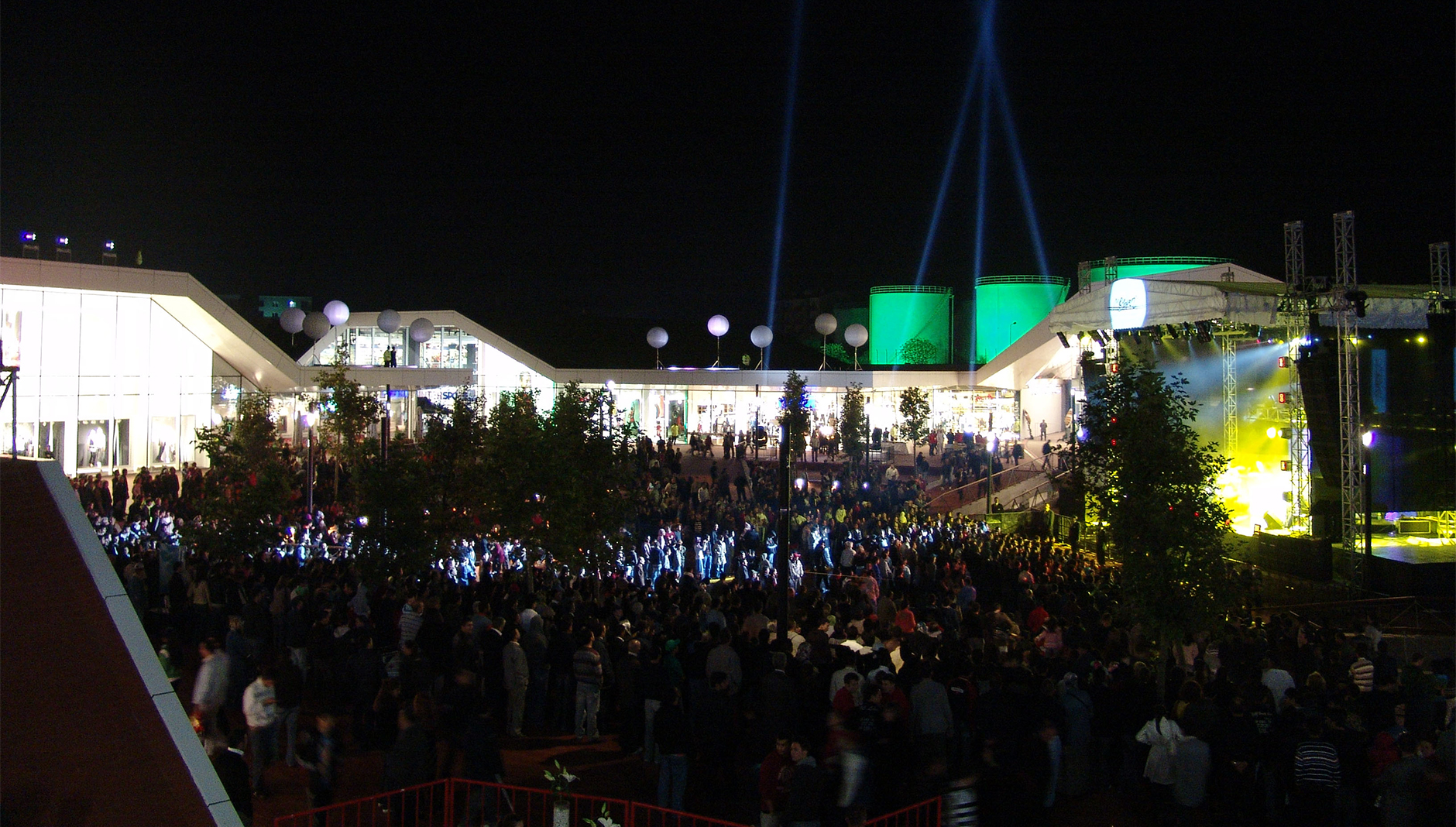 The Meydan Retail Complex and Multiplex performs not just a as an efficient retail complex but as an urban centre in one of the fastest growing areas of Istanbul. Located in a suburban area on the Asian sector of Istanbul, the site borders an IKEA as well residential plots to be developed in the near future. Through its geometry and circulation strategy, the Meydan complex anticipates its subsequent integration into a dense inner-city context as an alternative to the usual out-of-town retail box development.

Meydan is a different model of retail to the common out of town retail sheds such as IKEA which are designed as sheds deployed onto an asphalt platform and surrounded by car parks. Instead of a car park, shoppers move through a public square which is physically connected with the urban space beyond and visually surrounded at once with retail space and roof gardens.